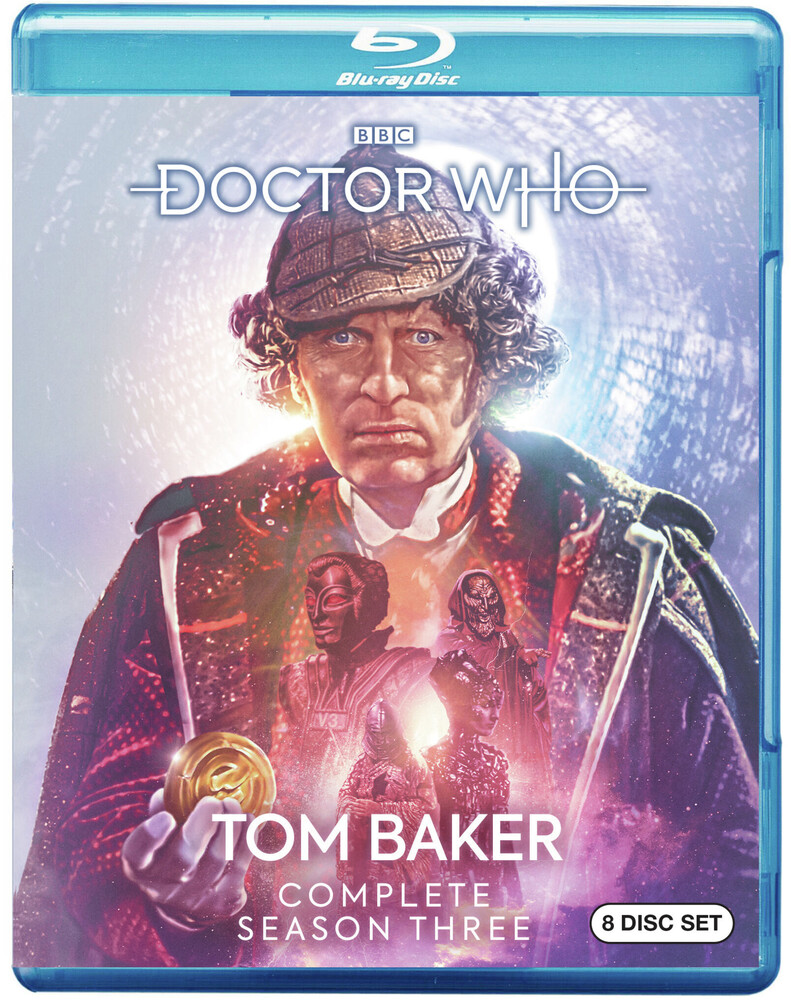 The 14th season of the show was the third for the popular Fourth Doctor (Tom Baker). The Doctor and Sarah Jane Smith (Elisabeth Sladen) find themselves in 15th-century Italy, where they must prevent a living energy source from using an underground cult to conquer the Earth while dealing with a planned palace coup, in "The Masque of Mandragora." When Sarah Jane (in her last regular appearance) comes into possession of a mysterious fossilized hand-which soon comes into possession of her-the Doctor will have to free her from the control of an alien criminal genius, in "The Hand of Fear." Then, while on the Time Lords' home planet of Gallifrey, the Doctor is arrested and charged with killing the president. Can he prove his innocence and catch "The Deadly Assassin"? In "The Face of Evil," the Doctor gets to correct a past mistake and gains a new companion, the warrior woman Leela (Louise Jameson), when he saves a primitive tribe of humans from a mad computer. Trapped aboard a massive mining vehicle on a desert world, the Doctor and Leela are accused of murder and uncover the plans for a rebellion of mechanized workers, in "The Robots of Death." Finally, in "The Talons of Weng-Chiang," the Doctor and Leela are in Victorian London, where they discover that a sinister magician is serving as the front for a murderous time-traveler.26 episodes. Standard; Soundtrack: English.