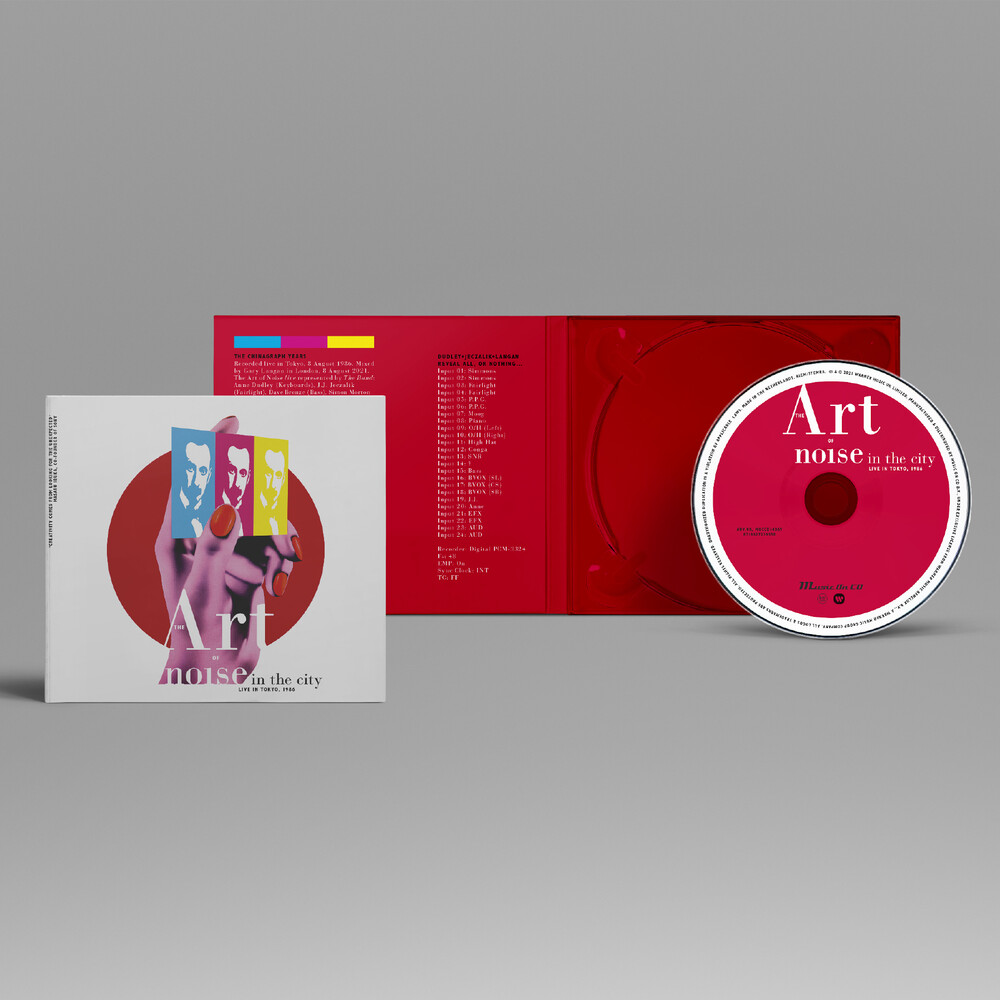 'Noise in the City' is a new live album by the British sample pioneers The Art of Noise. Released 35 years after the band first played in Japan, the album contains a complete concert from Tokyo's Nihon Seinenkan recorded in August 1986. Highlights include' 'Peter Gunn', 'Legs', 'Paranoimia', and the first-ever release of 1986 live renditions of 'Eye Of A Needle' and 'In The Mood'. On stage are Anne Dudley and JJ Jeczalik with Dave Bronze on bass, Simon Moreton on percussion, Paul Robinson on drums, and The Noisettes (Katie Humble, Pepe Lemer, and Linda Taylor) on vocals. This CD was made possible when Anne Dudley, JJ Jeczalik, and Gary Langan returned to Tokyo for live dates in 2017. They found that the 1986 concert had been recorded for FM radio broadcast and music journalist Ian Peel (who wrote the liner notes and had joined the band on the 2017 tour), tracked down the original multitrack master tapes to a vault in London. The recordings were mixed this year by Gary Langan, and the rest is history. This live album beautifully represents The Art of Noise's mid-Eighties Visible Silence tour, while also perfectly documenting one of their first concerts in Tokyo. This is the first time 'Noise in the City' is released on CD.
back to top