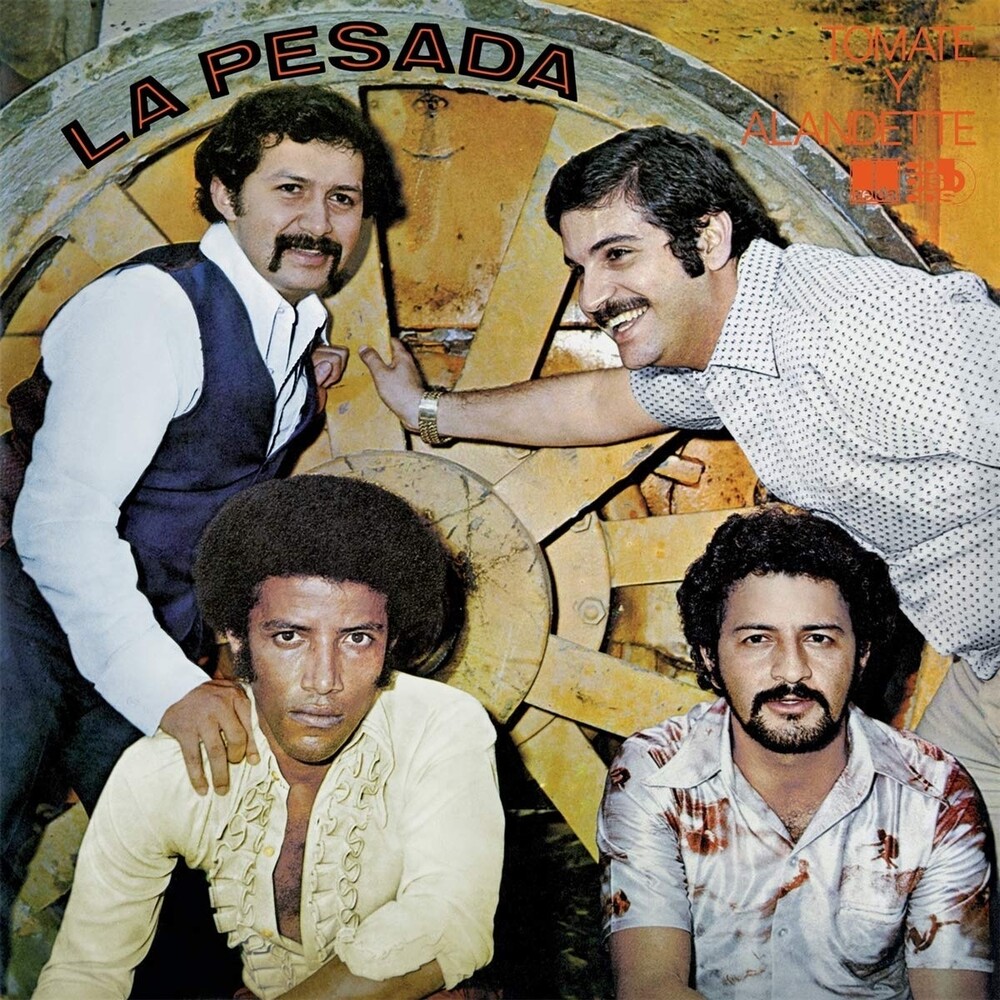 Vinyl LP pressing. Vampisoul present a first-time reissue of La Pesada's Tomate y Alandette, issued in 1978. Tomate y Alandette by La Pesada is one of the best tropical records released by Codiscos. The album was a "one off" by an all-star ensemble of musicians and singers, many of whom had played with Fruko y sus Tesos, Los Hermanos Martelo, and other Colombian orchestras. The album showcases a diverse and eclectic range of stylistic modes and genres. There is cumbia, salsa, bolero, son montuno, descarga, and even calypso. The arrangements and instrumentation range from flute and violin charanga in a "típico" Cuban mode (augmented by a trombone section) to Colombian percussion-heavy cumbia, and from the Willie Colón style of brash Nuyorican trombone salsa to the more Cuban conjunto trumpet sound like La Sonora Matancera. Through it all, the jazzy arrangements keep things fresh and swinging. Colombian artists were absorbing all sorts of influences, both old and new, from Cuba, the US and Puerto Rico, but putting their stamp on the music with a different perspective coming from their own background, and La Pesada is a prime example of this intriguing tendency.
back to top