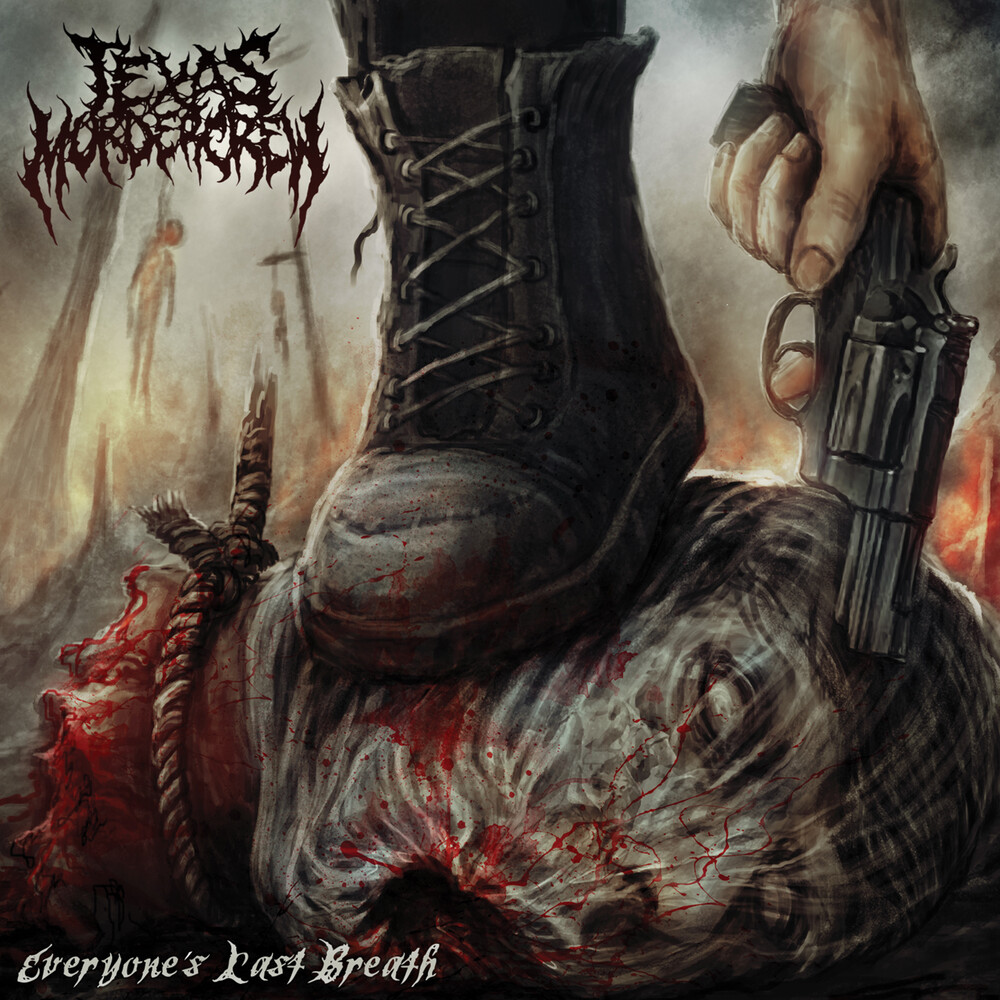 The stench hangs heavy in the air; blood and excrement, sweat and death - a grotesque contrast to the bright sunlight falling between the canopy of leaves above. The buzzing sound of a million flies gets louder with every step, a sickening, hungry sound, full of rapacious gluttony. You step into the clearing and without the cooling shade of the trees the heat hits you like a wall. Your eyes are assaulted by the sight of gleaming, steaming entrails, strung like rancid ornaments across the bushes, trailing like diseased snakes across the gore soaked ground, piled high in slippery sculptures of sickness. The flies rise in an angry cloud, blood drunk and bloated, their incessant buzzing an atonal accompaniment to this tableau of depravity and wanton destruction. Texas Murder Crew capture the music of the flies and they hit you in the gut like the sight and smell of inhuman cruelty. Their sound is a seething sludge, a boiling filth, drowning you as you reach in agonized desperation for a hand held out in pity. These songs ride on a thick wave of riffs, made of dirt and old blood, torn from the neck of Kevin Clark's guitar (ex-Devourment), seeming to have saved his very best for this latest endeavor. More than just another brutal death metal release, 'Everyone's Last Breath' is something special right from the instrumental intro, a piece of overwhelming drama and bombast which promises death on a grand, unimaginable scale. From there on this is brutality supreme, but all within the framework of memorable songs, insane hooks and pure pit inciting violence. Tracks like 'Beneath My Feet' will have your body twitching, hungry for violence even sat at home, alone. When 'Everyone's Last Breath' is released on August 7th, Texas Murder Crew will spearhead Comatose Music's summer offensive. This band are going to set new standards for the genre with this monstrous debut and carve a bloody, ragged path through the scene. Brace yourself for a formidable onslaught.