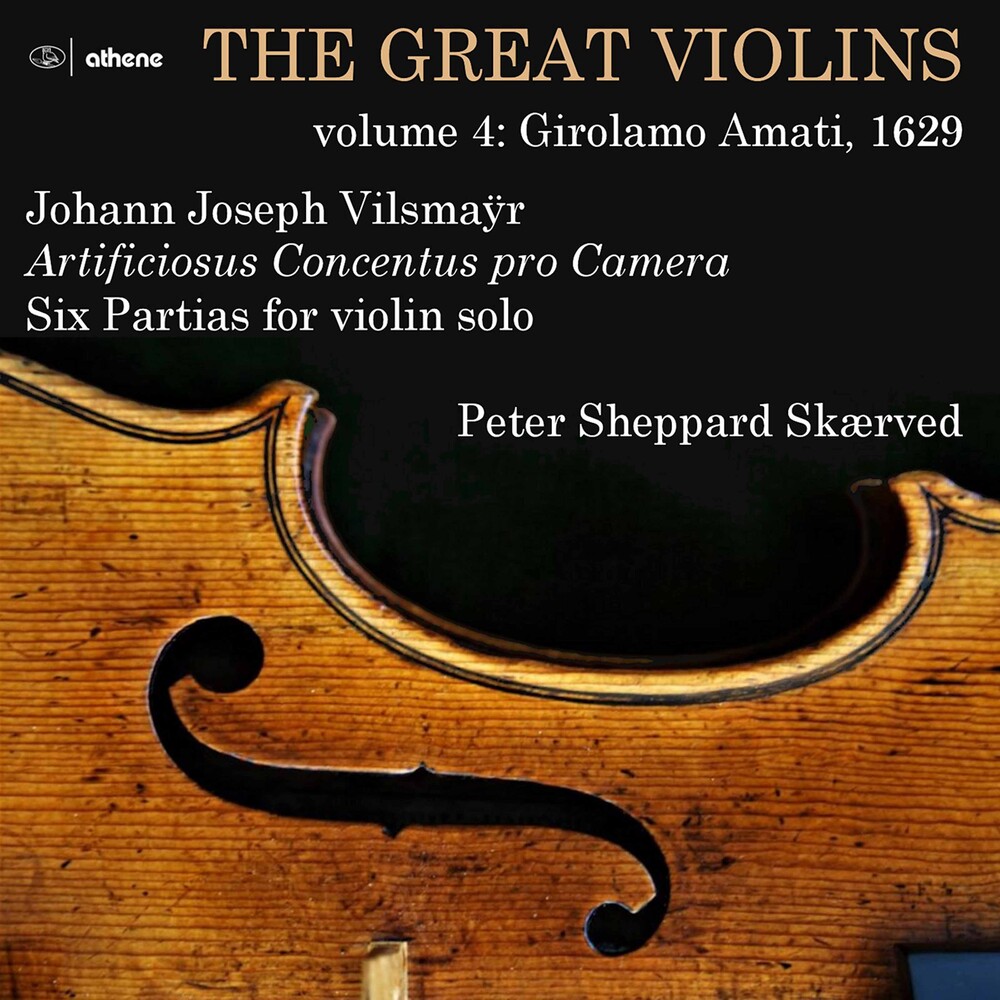 As well as being internationally recognized as a leading interpreter of music new and old, Peter Sheppard SkĂŠrved is the only violinist to have performed on the personal violins of Viotti, Paganini, Joachim, Kreisler and Ole Bull. In this new series, he plays music on these and many more instruments, many of which only he has access to. Probably the best known work of J.J. VilsmaĂżr, his set of six partitas of 1715 are perfect and relatively early examples of the baroque dance suite, and have found more popularity than many other contemporary works for the solo violin. Peter plays a superb instrument labelled 'Amati Brothers' but in fact made by Girolamo (his brother had died by 1610) with the help of his son and successor NiccolĂČ; it was probably one of the last violins on which Girolamo worked as he died in 1630. 1629 was the year in which the Great Plague swept through Italy; NicolĂČ found himself a lucky survivor and inheritor of the great Amati tradition. The spectacular instrument has a spruce front and single-piece maple back, with scroll and ribs in the early Cremona fashion. SkĂŠrved says that it's extraordinary qualities (he has played it since 2013) have profoundly influenced his love for the violin and his understanding of what it can do. The violin is held in the collection of the Royal Academy of Music in London.