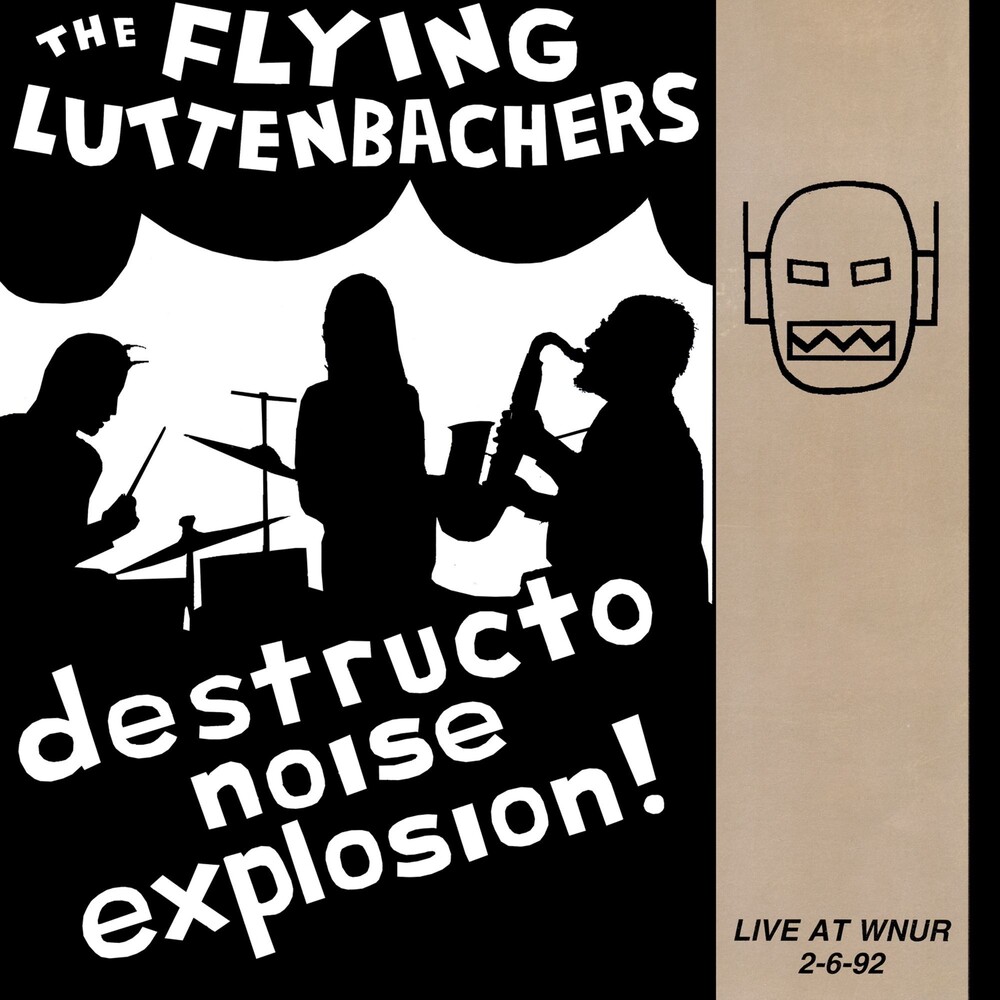 Originally released on cassette in 1992 and then CD in 1996 this is The Flying Luttenbachers' first transmission to Earth. A furious snapshot into the early days of the band and featuring the incredible line-up of head honcho Weasel Walter, Hal Russell and Chad Organ. First time on vinyl. 300 copies, limited edition of 75 pressed on purple vinyl. The Flying Luttenbachers have quite an impressive history for a band whose lineup seems to be constantly in flux. The one constant is drummer Weasel Walter, who formed the band in Chicago in 1991. Walter was a fan and pupil of Hal Russell, leader of the explosive NRG Ensemble. Walter's friend Chad Organ (tenor sax) joined them and the trio became the Flying Luttenbachers. That lineup made it's first and only public appearance February 6, 1992 on a college radio station. Live at WNUR, released originally on cassette but reissued on CD, is similar to some of Russell's NRG Ensemble work, but more frenzied and loosely constructed. This is the Luttenbachers at their closest to pure jazz; it is fast and furious, upbeat and funny. The band's ethos is already evident: short bursts of noise strung together with energetic abandon, yet somehow evincing an aura of control and overall melody.
back to top