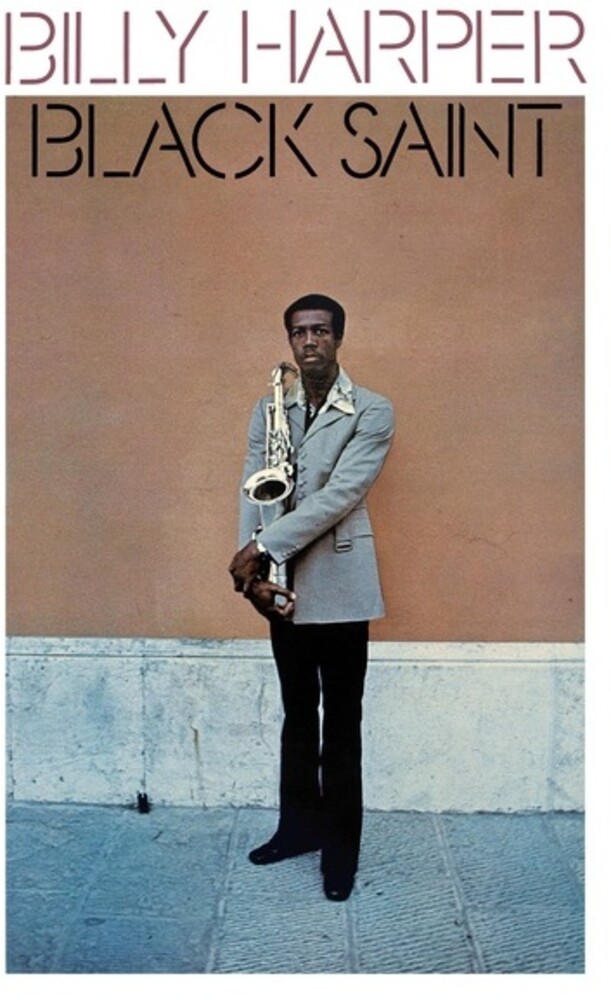 Billy Harper is one of the great tenor saxophonists in the post-Coltrane mold. Originally from Houston, TX and with a degree from the venerable University of North Texas College of Music, Harper emerged on the New York City jazz scene in the late 1960s performing with Art Blakey, Max Roach, Lee Morgan, and others. Known for his soulful and propulsive tone, Harper was already a highly regarded and prolific session man before the release of his debut album as a leader on the cult favorite Strata-East label in 1973. Recorded in 1975, Black Saint was the second album for Billy Harper as bandleader and is the most acclaimed and fully realized of his long career. The inaugural release of the Italian label Black Saint - to which the album lent it's name - is comprised entirely of Harper compositions; the peaceful and subdued opener "Dance, Eternal Spirits, Dance!," the swinging and fiery "Croquet Ballet" and the side-long epic "Call Of The Wild And Peaceful Heart." Harper's group features trumpeter Virgil Jones - a graduate of Roland Kirk's mid-60s groups and session player for McCoy Tyner, Charles Tolliver, and others - along with Joe Bonner on piano, David Friesen on bass, and Malcom Pinson on drums. Black Saint is too melodic and swinging to be free jazz but too forward-thinking to be described as modal post-bop; Harper's advanced compositional sense and galvanic tenor work make this an album of pure fire music. This is a beautiful album back into print on it's original format for the first time in over 40 years.
back to top