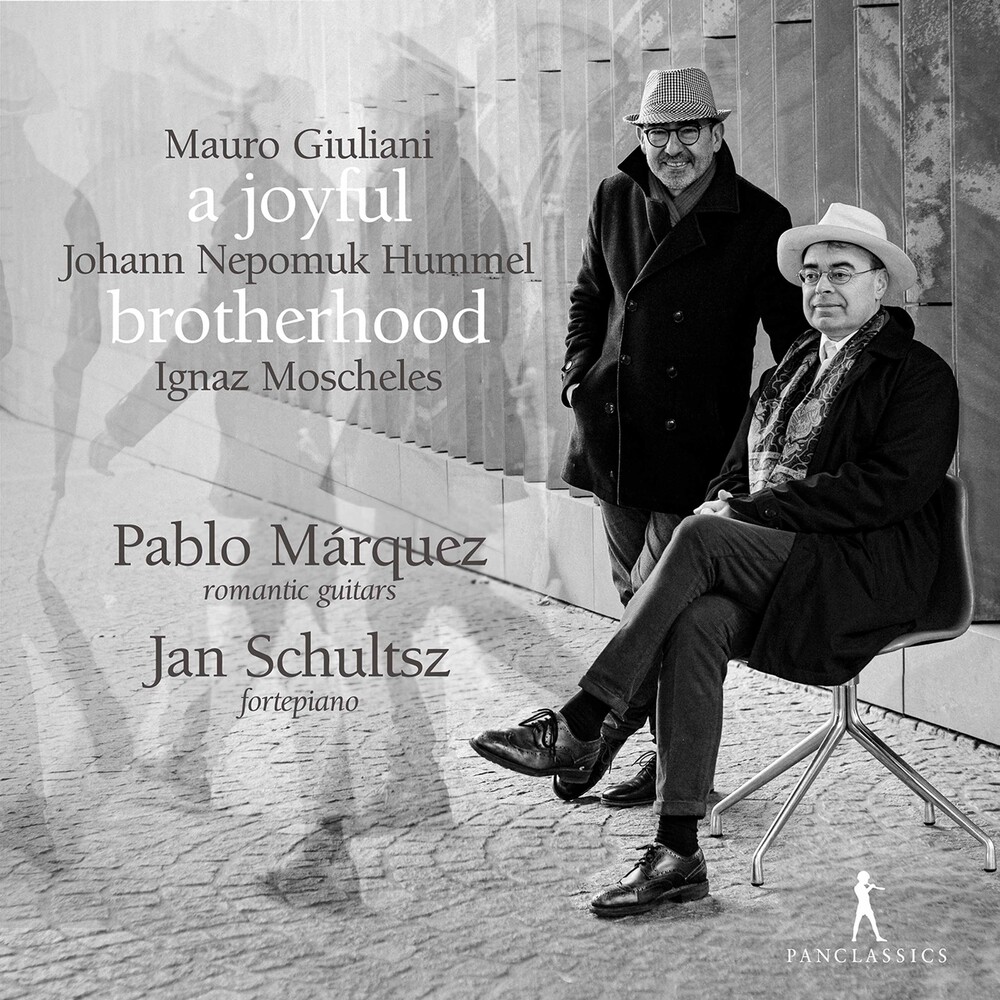 This recording documents a remarkable musical friendship in Vienna at the beginning of the 19th century. Mauro Giuliani (1781-1829), a native of the vicinity of Naples, had come to the capital of the Habsburg Empire at a young age and quickly gained a reputation as a virtuoso guitarist on the Viennese scene. For further projects, he made contact with two of the most famous musicians of his time who also lived in Vienna: the two pianists Johann Nepomuk Hummel (1778-1837) and Ignaz Moscheles (1794 1870). The result of the fruitful collaboration of the three virtuosos are potpourris and duets for guitar and fortepiano that highlighted their unique playing and thrilled the discerning Viennese audience.