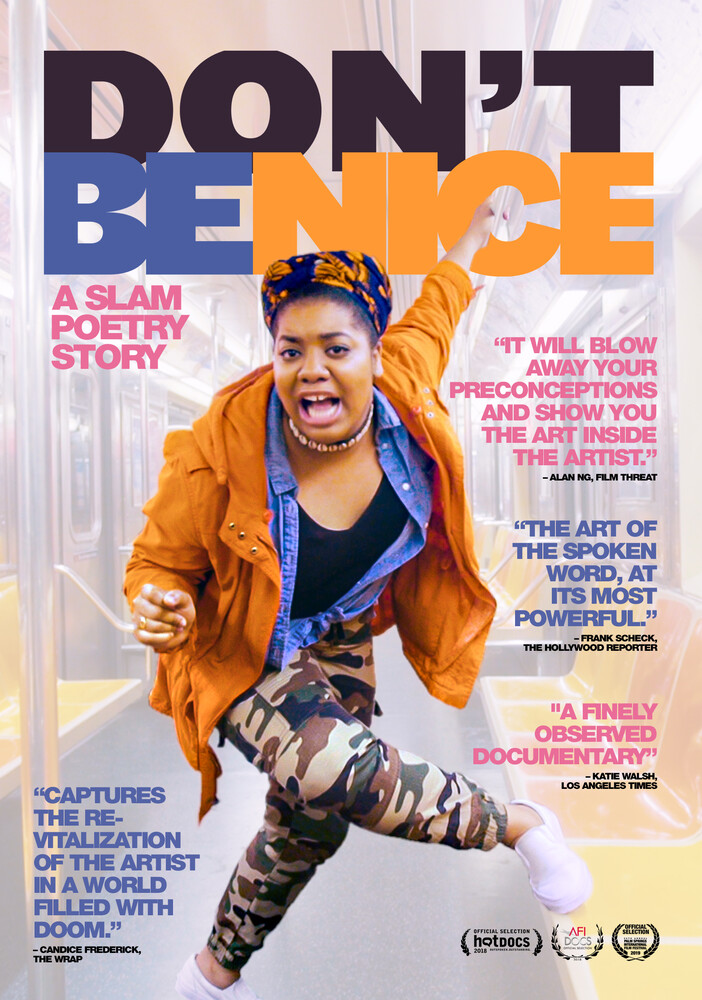 The upstart Bowery Slam Poetry Team, made up of five young African-American, Afro-Hispanic and queer poets, prepares for the national championships. Mentored by a demanding coach who pushes them past their personal boundaries to write from a painfully honest place, the poets break down, break through, and compose their best work ever. Will their soul-searching pieces about police violence and the whitewashing of Black culture be able to compete against choreographed crowd-pleasers for the title? Lauren Whitehead coaches the Bowery Slam Team with the credo "Don't Be Nice." She explains that to "be nice" is to stay on the surface of things, is to perpetuate the status quo, and is, for black people, to be what white culture demands. Her team of poets brave their inner demons and buck societal expectations to write truthful poems, and to ultimately celebrate black joy. My goal has been to illuminate these poets' words with as little obstruction as possible, bringing the revolutionary work they've done in expanding Slam Poetry to a wider movie-going audience. Where many succumb to the polarizing simplifications of click-bait headlines, these poets do difficult personal work to come to an understanding of their relationship to race and power, and courageously share it. I made this film because I was stunned by these poets' work, and was inspired to translate it into film, a medium which can transcend time and place. I think the audience will be shocked by the radical honesty of the film's characters as they openly discuss race, class, and gender. However, the poets are always encouraged to go further than talk, and craft their thoughts and feelings into poems. Thus, the audience's shock becomes wonder, as they are invited to see from each poets' eye rather than to close theirs to difficult truths. I think "Don't Be Nice" will encourage viewers to do their own work to understand their friends, neighbors, and themselves.