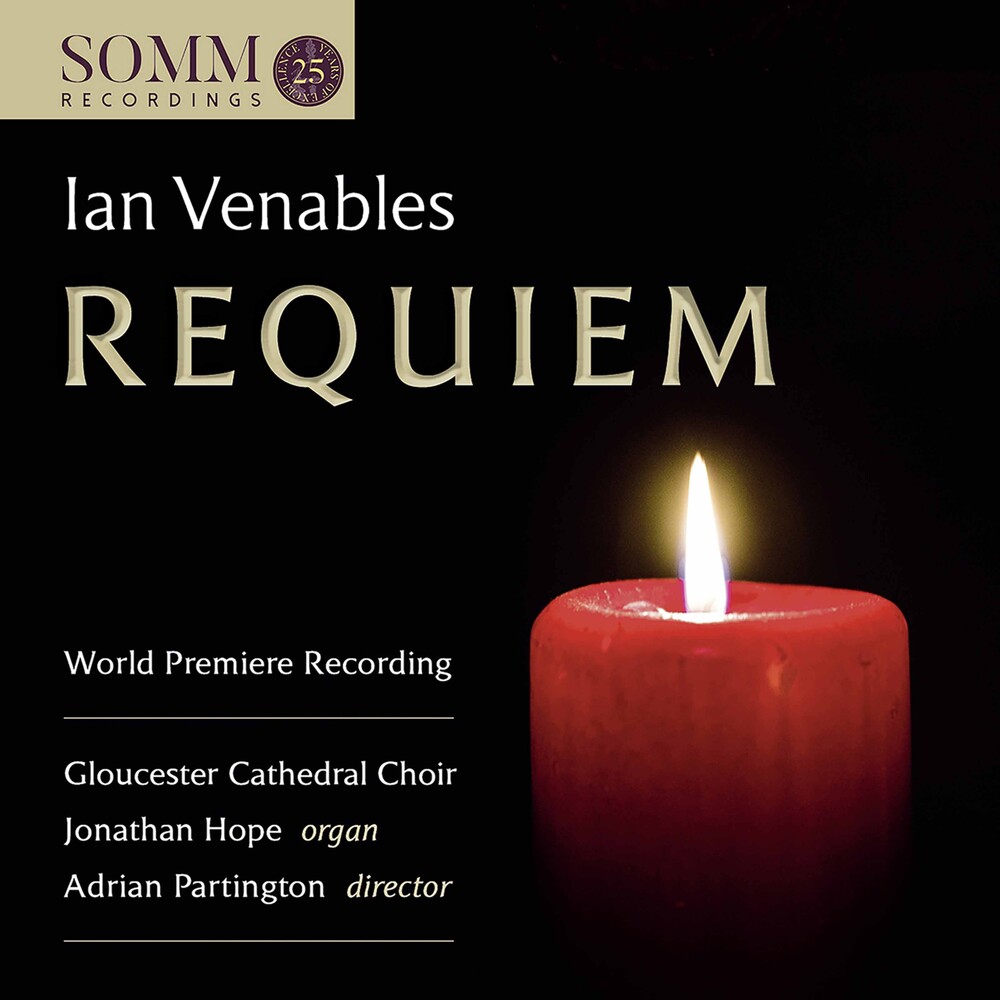 SOMM Recordings is proud to announce the premiere recording of Ian Venables' exquisite and moving Requiem with the Choir of Gloucester Cathedral conducted by the Cathedral's of Music Adrian Partington and Assistant of Music Jonathan Hope playing the organ. Completed in 2018, the Requiem received it's first performance in the imposing surroundings of Gloucester Cathedral, where this recording was made in 2019. Widely acclaimed for his songs and chamber music, the Requiem is Ian Venables' most substantial choral work to date and is a compelling piece full of fine melodies and gorgeous harmonies. Adrian Partington describes the Requiem as "a significant addition to the choral repertoire. The music is eloquent, resourceful and exerts a strong emotional appeal". Ian Venables comments: "Composing a Requiem is a daunting creative challenge because so many great settings have been written in the past. However, as a composer of songs, words are always crucially important to me and I found that the words of the Mass for the Dead came to appeal to me strongly. I felt an overwhelming desire to set them to music. I am delighted that Adrian Partington, his excellent choir and Jonathan Hope have brought my music so vividly to life." The album also includes first recordings of Ivor Gurney's God mastering me (arranged by Venables), John Joubert's O eternal God and Venables' O Sing Aloud to God alongside John Sander's Dedication. SOMM's long relationship with Ian Venables includes his chamber music (SOMMCD 0101), of which Gramophone declared: "Lovers of the 20th- century English music renaissance will derive much pleasure from this enterprising and rewarding SOMM anthology".