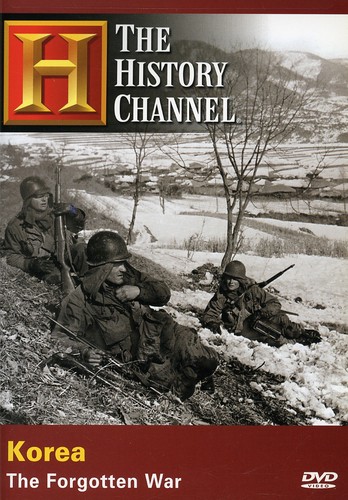 At the end of World War II, few Americans dreamed the nation would soon to be involved in another overseas conflict. Yet June 25, 1950 marked the dawn of the Korean War. KOREA: THE FORGOTTEN WAR explores this violent battle, from the forces that shattered the post-war peace to the delicate resolution that set the stage for the Cold War. Witness dramatic footage of Marine forces as they execute an amphibious landing at Inchon; follow soldiers as they push the North Koreans to the Yalu River and face overwhelming odds as China sends hundreds of thousands of troops over the border in a move that many thought signaled the beginning of World War III. Through rare footage captured by combat cameras and first-person accounts, HISTORY presents a riveting investigation into one of the most important events of the 20th century.