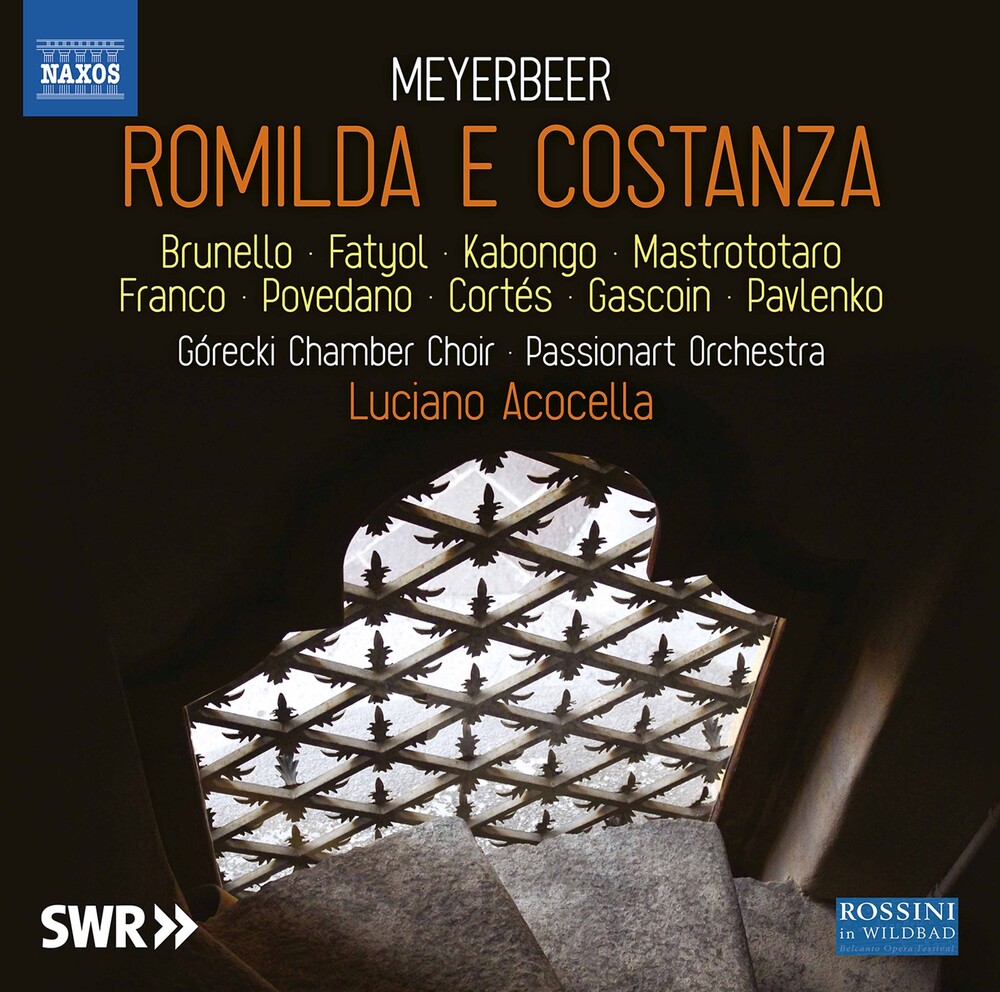 Meyerbeer had already won renown in Italy before conquering Paris with a sequence of much-acclaimed grand operas. In a musical climate dominated by Rossini, Meyerbeer's first Italian opera, Romilda e Costanza, earned the still-unknown 26-year-old composer the sobriquet of 'the genius of the Spree'. The work is a rescue opera overlaid with a love triangle, which was written for specific performers, and the passionate intensity of feeling - from lyricism to unfettered virtuosity - reflects the semi seria nature of the opera. It is performed here in the original version heard at the 1817 premiere. In 1996 Luciano Acocella won the International Prokofiev and Dimitri Mitropoulos conducting competitions which led to his appointment as assistant to Daniele Gatti. He has conducted extensively across Europe, Asia and the US to critical acclaim. He was general music director of the Opera de Rouen-Haute Normandie between 2011 and 2015. At the Rossini in Wildbad festival he has conducted Le Comte Ory and the acclaimed Naxos recordings of Adelaide di Borgogna (8.660401-02) and Demetrio e Polibio (8.660405-06).