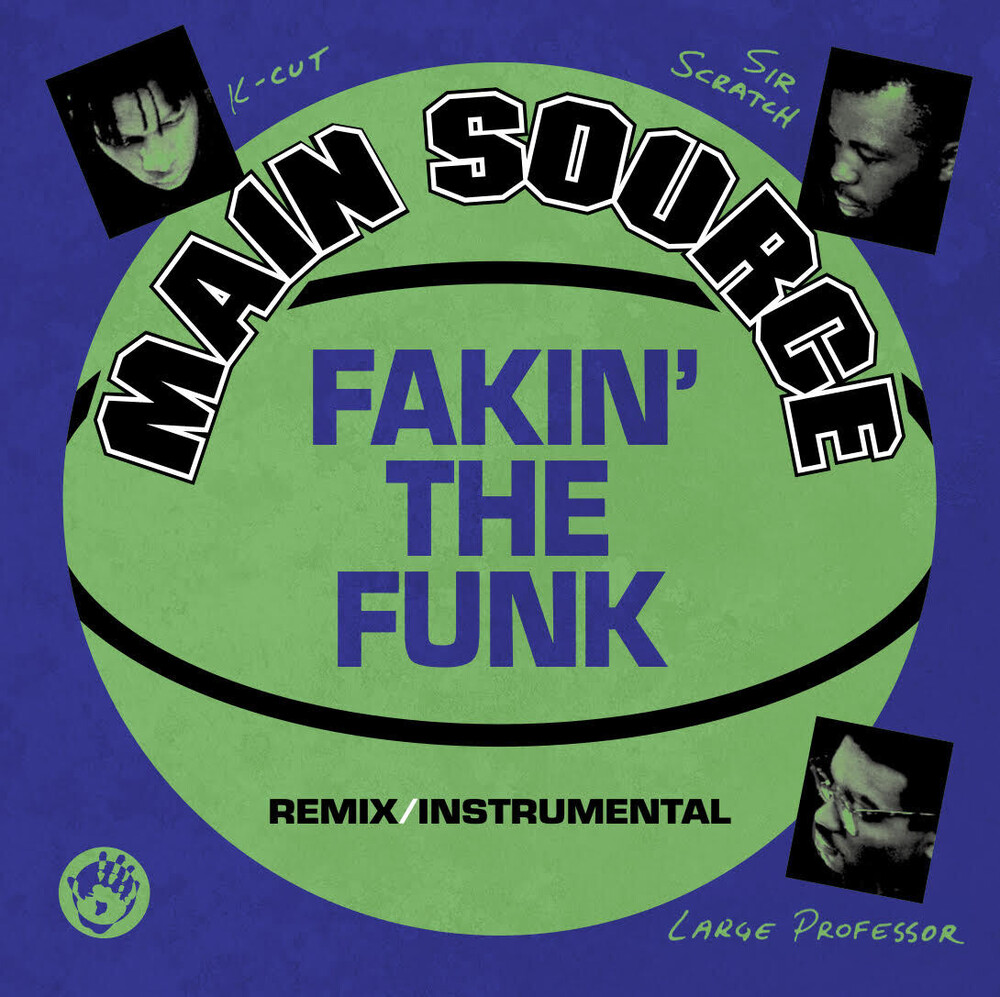 When the film 'White Men Can't Jump' was released in 1992, an EP of music from the film was dropped almost simultaneously. That EP, cheekily titled 'White Men Can't Rap', featured a couple of exclusive gems, notably Gang Starr's 'Now You're Mine' and a cut from Main Source called 'Fakin' the Funk'.The only single borne of that six-track EP was the Main Source track, released in remixed form on Wild Pitch records the same year. No surprise, it was head and shoulders above the rest.Opening with those unmistakable harmonies from Main Ingredient's 'Magic Shoes', the intro segues into a crisp beat borrowed from Grady Tate's frequently sampled 'Be Black Baby' from 1969. Throw in a sprinkle of Kool & The Gang and you've got a track that would fit seamlessly onto Main Source's masterpiece of an album, 'Breaking Atoms'.Instead, it's the group's last hurrah, the final collaboration between K-Cut, Sir Scratch and Large Professor before the latter departed the trio. It's fitting that he saves one of his best vocal performances for last, railing at sell-outs with the assistance of his long-term collaborator Neek the Exotic.Never released before on an official 7", it's a track that has lost none of it's appeal, and the remix is the definitive version of this classic.