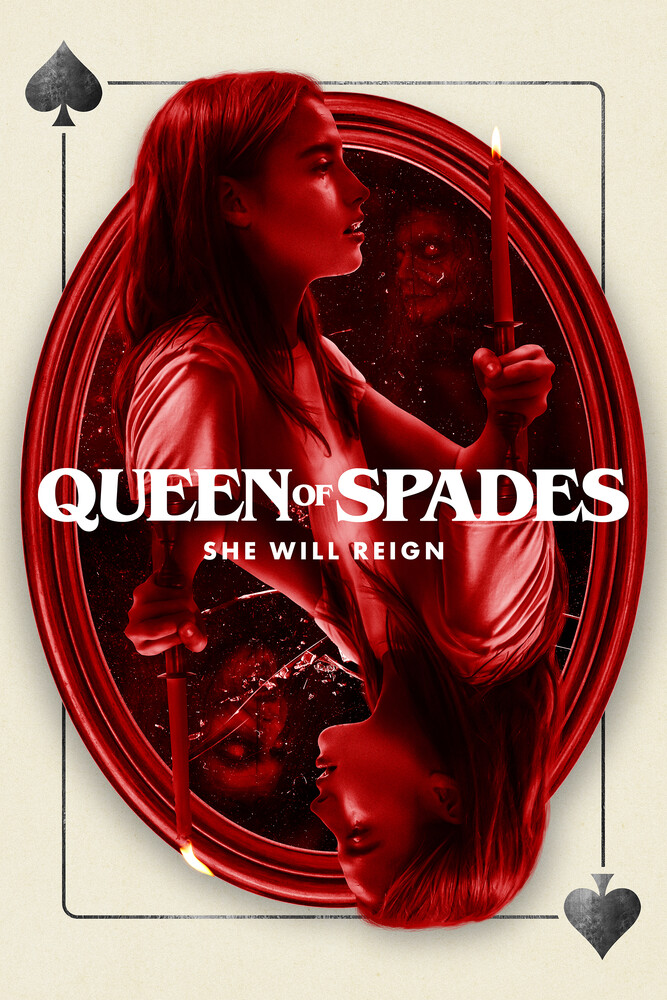 According to legend, an ominous entity known as the "Queen of Spades" can be summoned by performing an ancient ritual. Those brave enough, draw a door and a staircase on a mirror, in darkness, say her name three times, and what happens next must be experienced to be believed. Four teenagers decide to summon the Queen as a joke, but they could never imagine the horrors this innocent prank would condemn them and their loved ones to. The evil entity won't stop until she gets their souls.
back to top