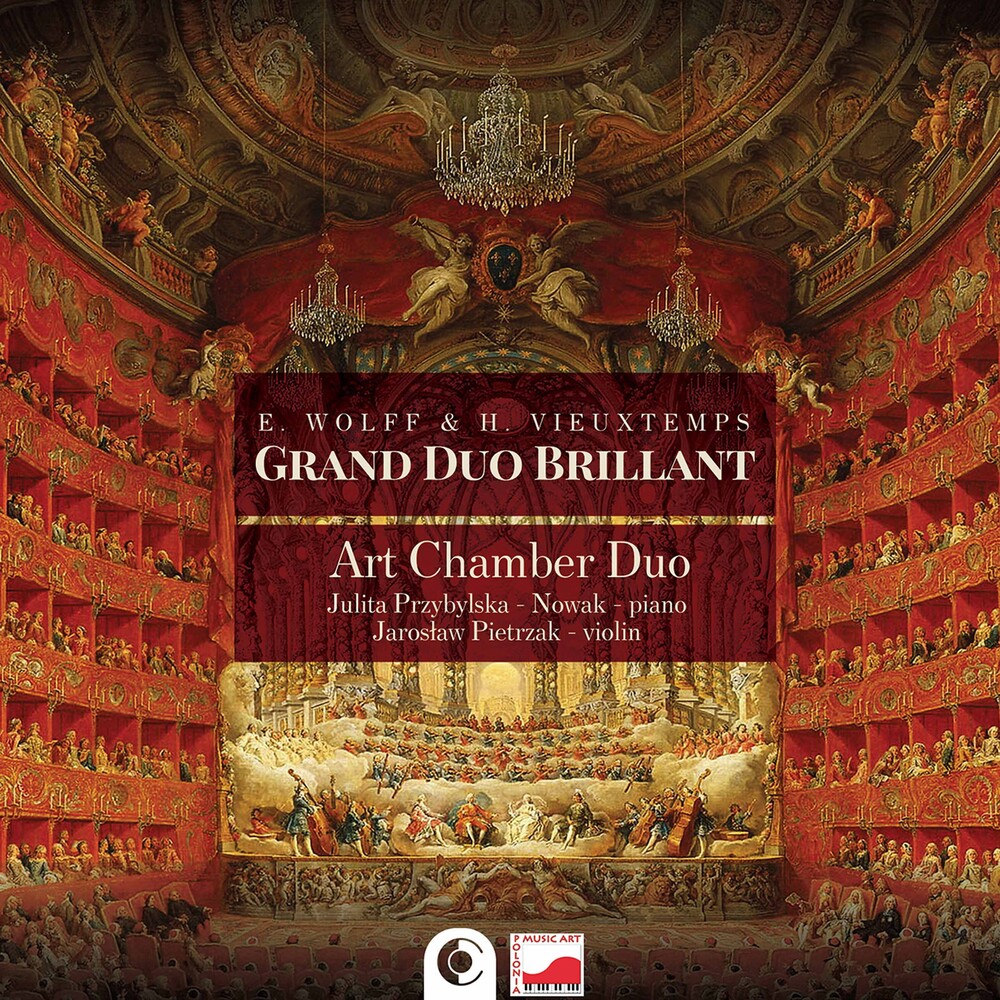 The 19th-century chamber music is the music of salons and virtuosic brilliant pieces. Aristocratic salons, often represented by female aristocrats, or salons of artists, instrument builders or publishers were the places where meetings of social-integrative character were organized. This was a kind of a new code of cultural communication, with an enormous contribution on the part of music. The works presented on this CD perfectly fit into this tradition. They are great virtuosic duos, often an outcome of some collaboration between two composers, who also performed them, as the salon-concert repertoire was actually dominated by artists' own compositions. Duo brillant is most frequently a violin and piano duo, the main canvas of which being a theme derived from an already composed and very popular at the time work. The pieces that enjoyed the greatest popularity were variations and fantasias for a duo, based on the themes from well-known operas. And this is the repertoire one can hear on this release. It presents four Grand Duos by the two composers: Edward Wolff and Henri Vieuxtemps, written in the period of 1852-1864. Among them, there is an arrangement-romance based on the 'Halka' opera by Stanislaw Moniuszko, composed by Vieuxtemps only. This fact is very important for the reception of Polish music at the time when the Republic of Poland was erased from the map of Europe. The other three pieces, written by both composers, are arrangements of popular themes from 'The Marriage of Figaro' by Wolfgang Amadeus Mozart, 'Orpheus and Eurydice' by Christoph Willibald Gluck and 'Raymond or the Queen's Secret' by Ambroise Thomas.