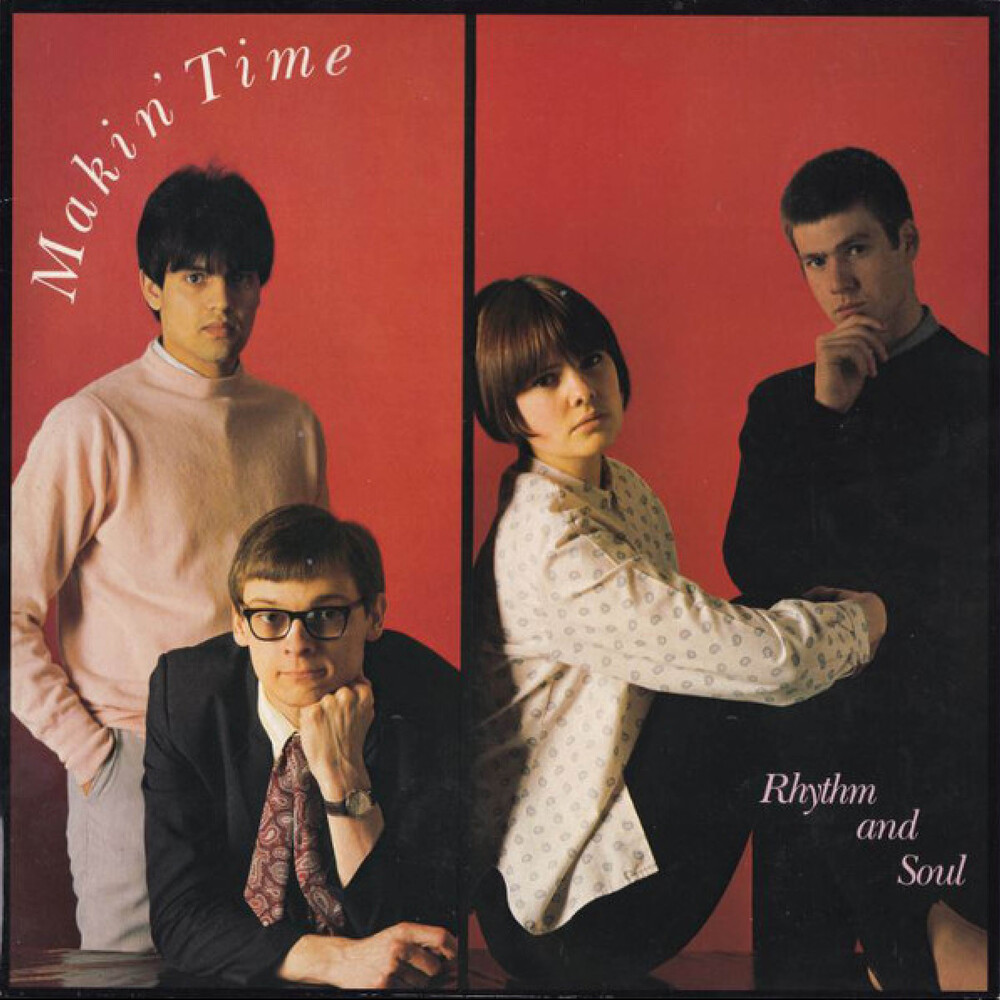 Largely remembered today at the first group of future Charlatans main man Martin Blunt, Makin' Time emerged as a breath of fresh air from the 1980s mod scene. Younger than the revival bands that had gone before them, instead of watered down punk their music was a glorious mix of power pop and 1960s pop and soul. Signed to Eddie Piller and Maxine Forrest's Stiff distributed Countdown label, it was seen as a possible contender for pop crossover, and was given a full on recording and marketing budget. The album that emerged was the vibrant and exciting Rhythm & Soul. The band was fronted by the bob-headed, strong voiced organ playing Fay Hallam and guitarist and vocalist Mark McGounden, and these two along with Martin Blunt provided a strong set of self penned songs. A dynamic band live, "Here Is My Number", "Feels Like It's Love", "Only Time Will Tell" and the other self penned numbers were already fan anthems by the time they were recorded. This new reissue is the first time the album has been available since it's original release.