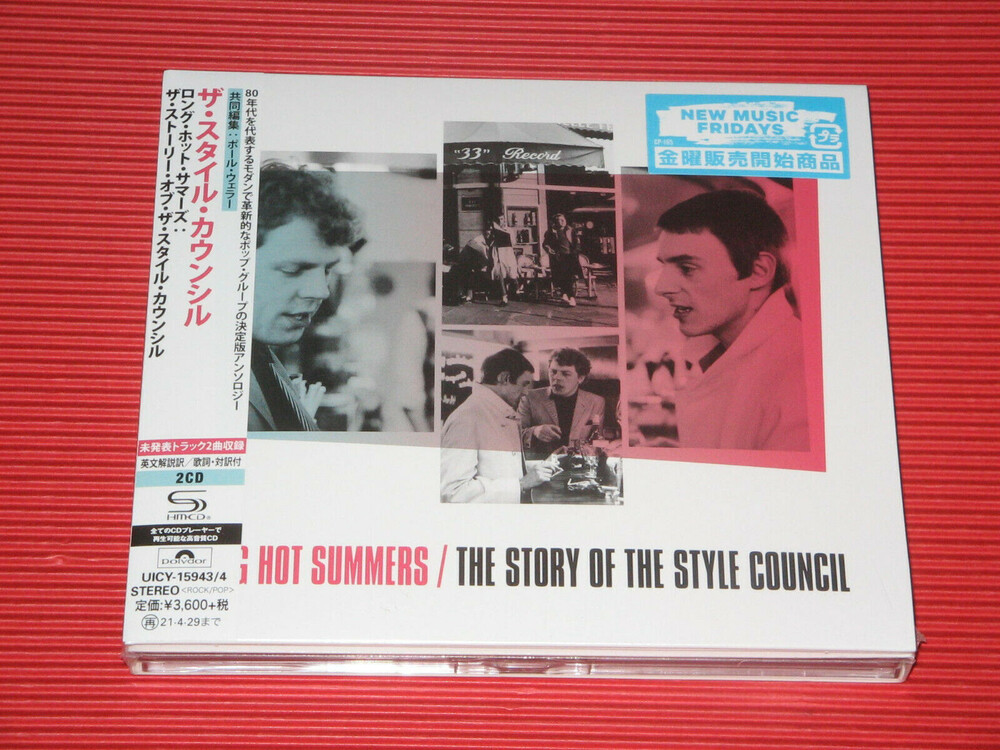 Japanese 2 x SHM-CD pressing. A career spanning anthology, endorsed and co-compiled by the Modfather himself. Highlights on the new offering include the band's debut top five single 'Speak Like A Child', alongside a series of other hits including 'You're The Best Thing', 'Ever Changing Moods' and 'Shout To The Top'. Also featured are two unreleased tracks - a demo of the top five single 'My Ever Changing Moods' with added strings, and the five-minute version of 'Dropping Bombs On The Whitehouse'. 'Long Hot Summers' also features a selection of rare photos, a new essay by Lois Wilson and sleeve notes from Martin Freeman - a self-professed super fan of the band. Universal. 2020.