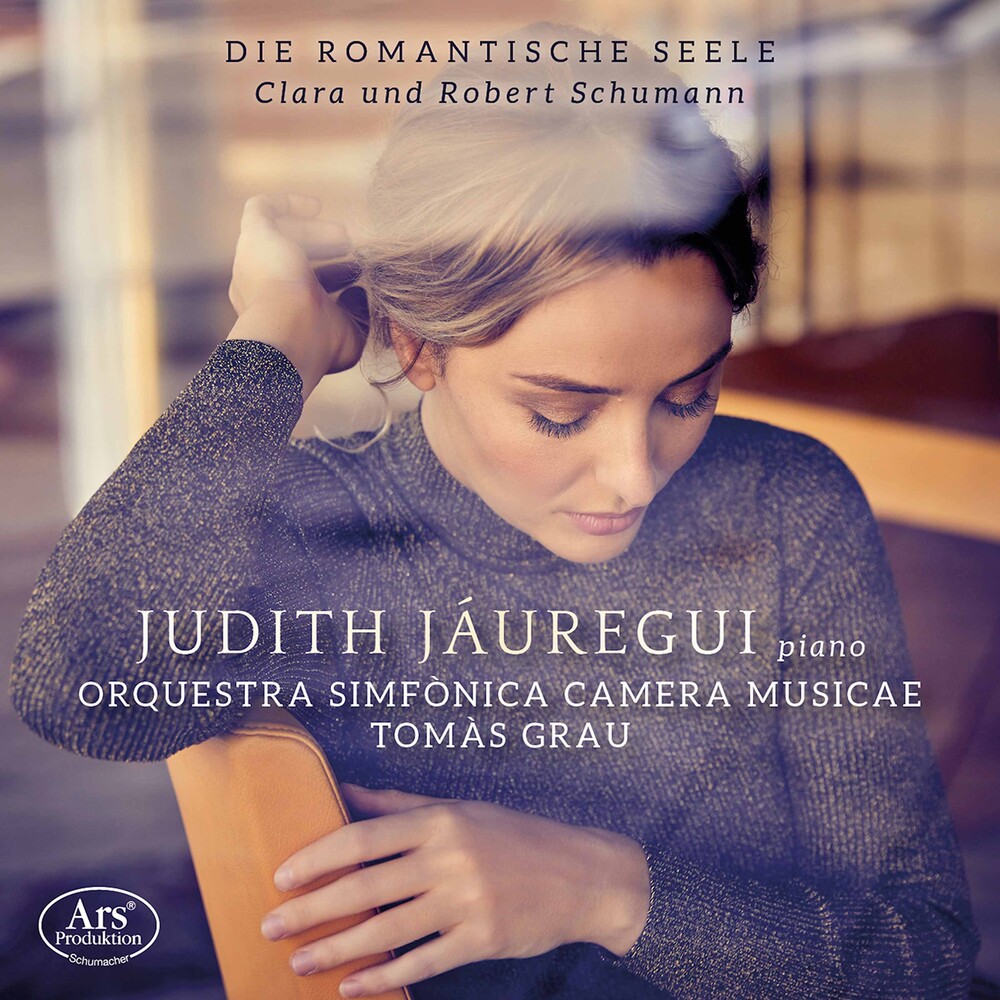 Rarely has a relationship between two people been as happy and artificially fruitful as that between Clara and Robert Schumann: a long, contested love, torn apart tragically early on, yet in little more than a decade of working together they have created what one would like to call the heart of German Romanticism - conjured up by a brilliant composer, promoted by his congenial interpreter, who ultimately grew up to become a great composer herself. Judith JĂˇuregui's first album for Ars Produktion, a live recording with works by Debussy and others, was received very positively by the critics. Her interpretations were praised for their pianistic sovereignty and her playing was convincing with it's extroverted nature and freshness. On her second album she plays together with the symphony orchestra Camera Musicae (OCM) under the direction of TomĂ s Grau.