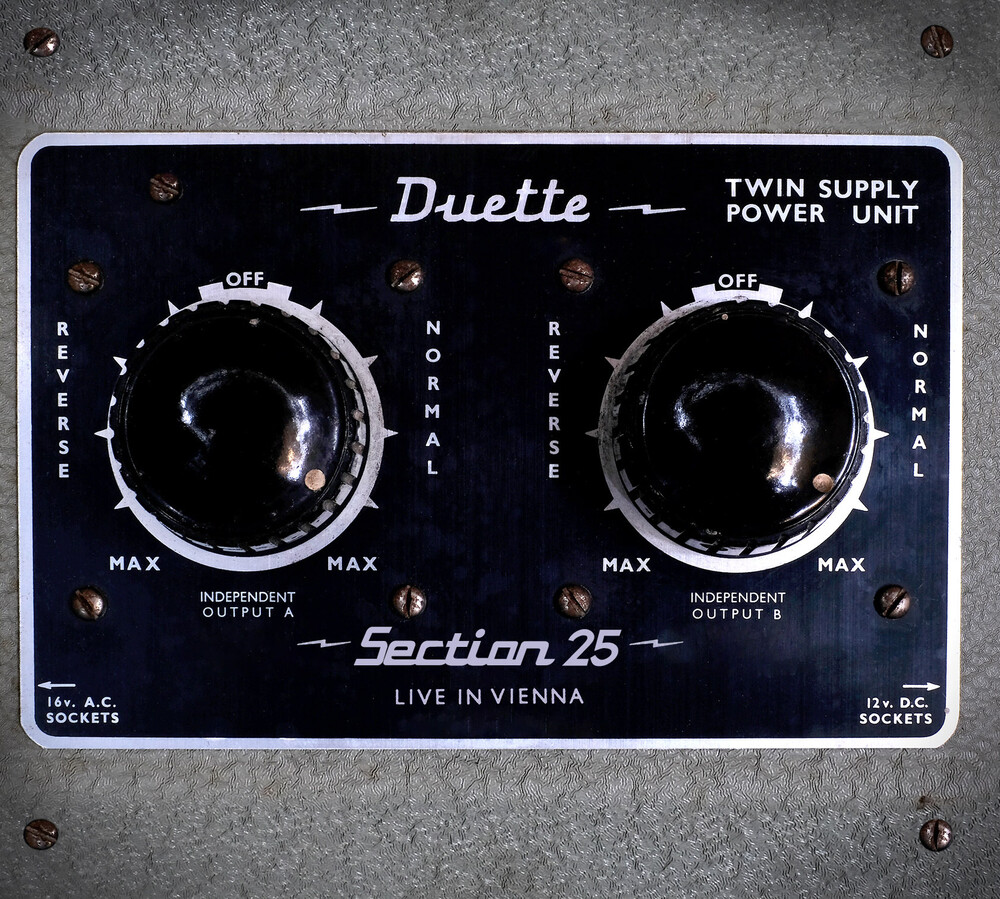 Section 25 formed in Blackpool, UK in November 1977. Initially they were a duo, consisting of brothers Larry Cassidy and Vincent Cassidy. In June 1978 they made their live debut with Phil Denton on guitar. Their first 7", "Girls Don't Count", was released in July 1980 on Factory Records, produced by Ian Curtis and Rob Gretton of Joy Division fame.