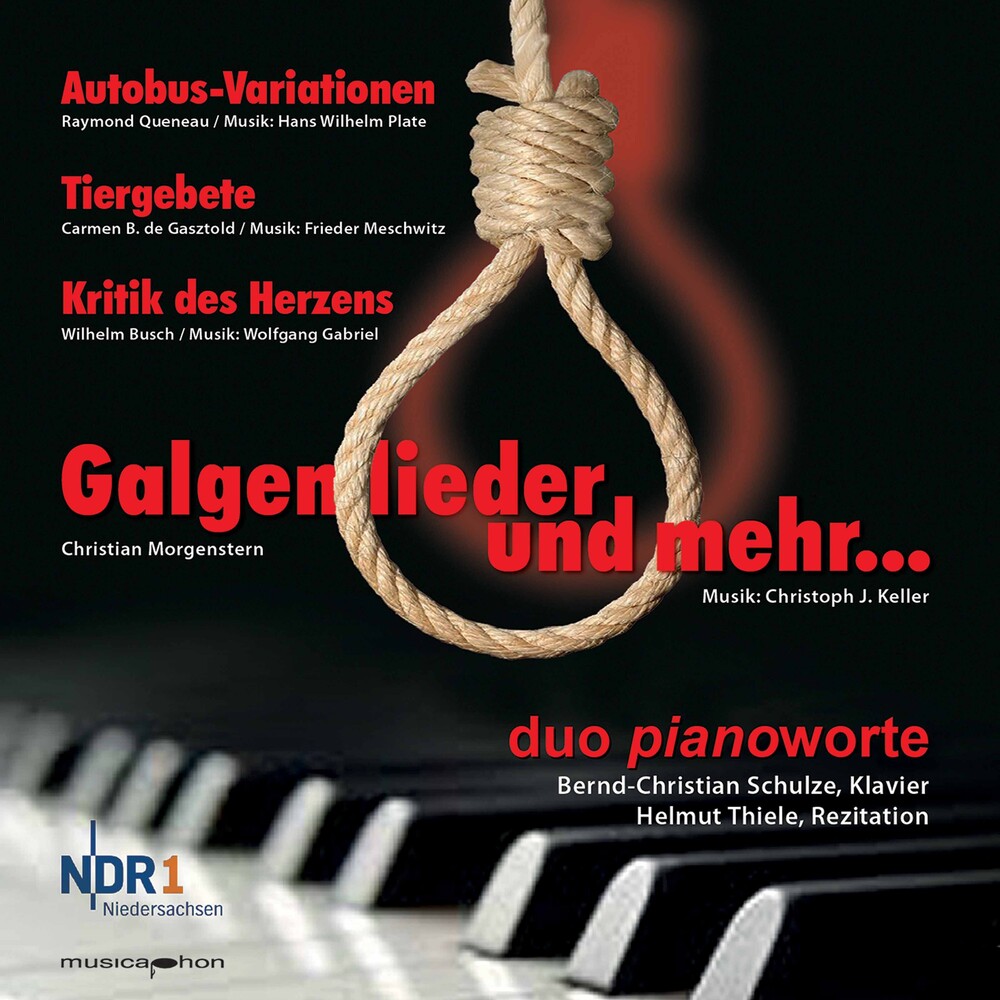 The great era of melodrama, the combination of recitation and piano accompaniment, was over after 1900. But there are artists who still devote themselves to melodrama - a melodrama in a new way. It is not about emotion and tears, not about increasing the sentimentality as infinitely as possible, but about a musical emphasis and deepening of the text, about a non-textual mirror of what is said in the word and what is interpreted, interpreted in the sound. The duo pianoworte has been dealing with this kind of melodrama for many years - with such success that meanwhile quite a few composers, inspired by the fine art of reciting actor Helmut Thiele and pianist Bernd-Christian Schulze, have written new works in this genre. In these works a lot of humor flashes again and again, which is due to both the literary templates and the settings. This album contains four cycles: "Galgenlieder" by Christian Morgenstern in the setting by Christoph J. Keller, excerpts from the style exercises "Autobus S" by Raymond Queneau in the setting by Hans-Wilhelm Plate, the "Tiergebete" by Frieder Meschwitz and six Poems from "Critique of the Heart" by Wilhelm Busch, composed by Wolfgang Gabriel. This selection clearly shows that Schulze and Thiele have completely omitted the melodramatic of the ballad in this project, which sounds often involuntarily comical to today's ears. Instead, they have entered the field of little wisdom.