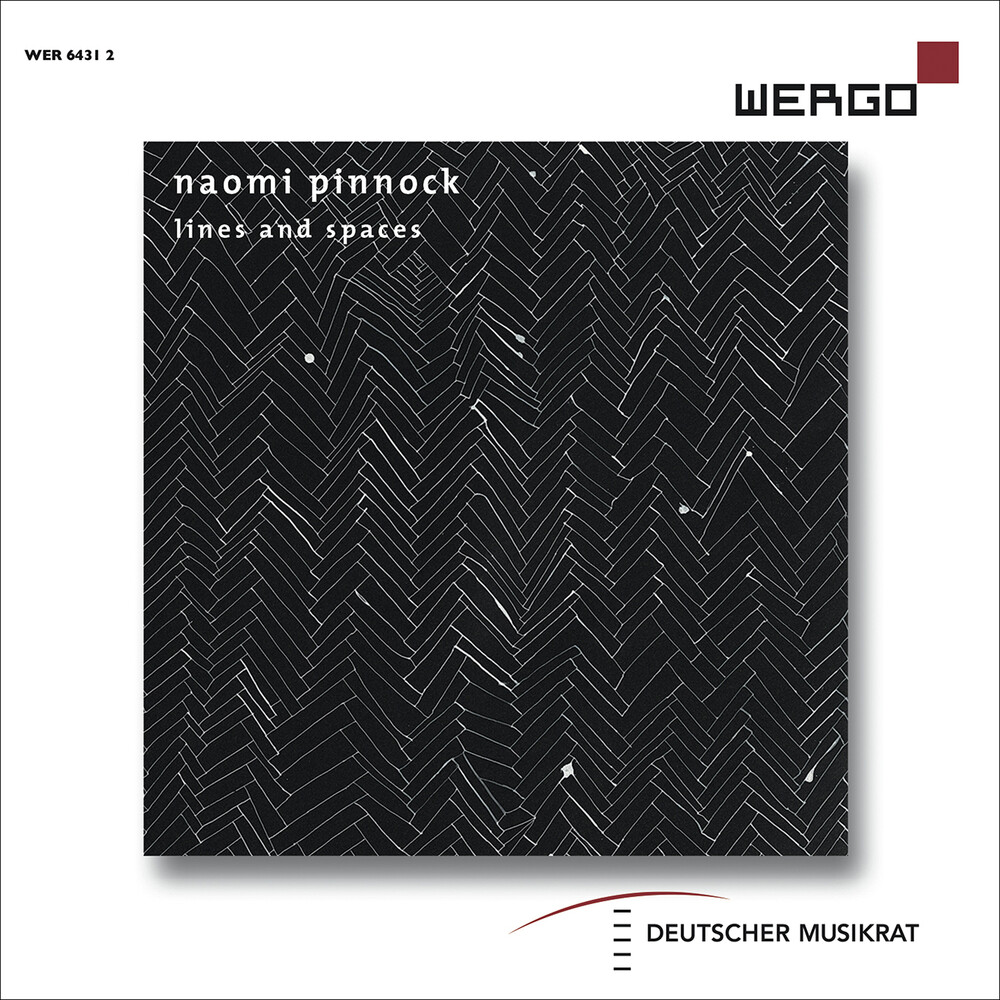 On this portrait-album the British composer Naomi Pinnock creates tender-fragile, finely differentiated sound formations from highly reduced sound material. The attempt to transform imperfection into sound is crucial for Pinnock's work. Dirk Wieschollek explains in the booklet: 'The concentration and compression of musical gestures into essential expressive elements, always accompanied by the possibility of not existing at all, are often taken to a melancholic extreme.' "String Quartet no. 2" for example in the beginning remains in a heavy, wearily advancing motion created by varied expressive repetitions of a descending chord progression. In the second movement it segues into resigned, melancholic sound circles which end in a barely perceptible, toneless pizzicato at the bridge. Naomi Pinnock frequently derives inspiration for her works from literature and paintings. The piano solo "Lines and Spaces", which gave the title to the release, owes it's existence to her encounter with the abstract paintings of Agnes Martin, whose minimalist square canvases reveal the subtlest nuances of colors and lines. In the composition various differentiations and relations evolve through the reduction on horizontally-conceptualized, singular lines and chordally-inspired, vertical spaces. In "Music for Europe" Naomi Pinnock deals with the Brexit - but not politically motivated: 'I'd already started sketching the piece when the United Kingdom made it's decision to leave the EU. I was utterly devastated about the referendum result. [...] Even though I do adhere to the idea that you should concentrate on the work and not yourself when you're making art - it's going to express yourself anyway, so you don't need to think about self-expression - I can't tell you where I stop and the music starts. The fragility you hear is not contrived.'