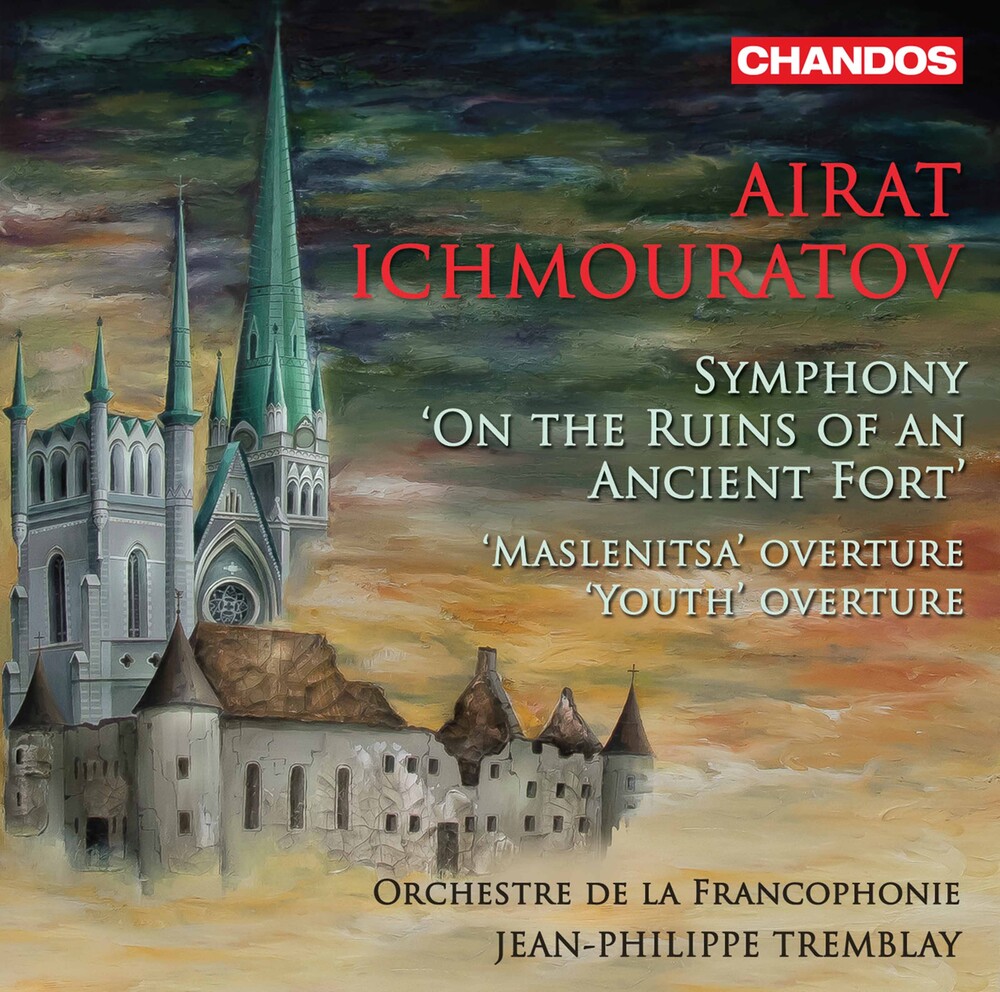 Our second album of orchestral works by Airat Ichmouratov features three works united by an ear for bold orchestral colour, a dramatic sense of form, and a firm dedication to tonality. The 'Youth' Overture was dedicated to the recording's performers, the Orchestre de la Francophonie and it's founder, Jean-Phillippe Tremblay, on the occasion of their fifteenth anniversary, and was premiered in July 2016. The 'Maslenitsa' Overture, premiered in 2013, portrays the week prior to Lent and represents an array of carnival-like festivities, including folk dances, disguises, troika rides, ice sculptures, and blini. First performed in 2017, the Symphony in A minor seeks to recreate the vitality of Longueuil, a city on the south shore of the St Lawrence River, from it's beginnings as an outpost of New France (only the foundations of Fort Longueuil remain) to the present day. The symphony features Ichmouratov's trademark descriptive eclecticism - especially in the second movement in which we hear children playing in parks, adults on the street engaged in boisterous debate, traffic noises, and the sound of a trumpet from a nightclub. All three works are world premiere recordings.