As a rock icon and filmmaker with a unique vision, Rob Zombie has continuously challenged audiences as he stretches the boundaries of both music and film. He has sold more than fifteen million albums worldwide, and is the only artist to experience unprecedented success in both music and film as the writer/director of eight feature films with a worldwide gross totaling more than $150 million.

October 2020 sees the release of the first new ZOMBIE track and video in over four years - "King Freak: A Crypt Of Preservation And Superstition" off of the forthcoming full-length album entitled The Lunar Injection Kool Aid Eclipse Conspiracy. A classic ZOMBIE album through and through with high-energy rages like The Eternal Struggles of the Howling Man and Get Loose to heavy-groove thumpers like Shadow Of The Cemetery Man and Shake Your Ass-Smoke Your Grass . This new slab of ZOMBIE madness hits in early 2021.

On December 11th, Matador Records will release GANG OF FOUR: 77-81, a stunning, limited edition box set gathering their hugely influential early work. The box set contains remastered editions of Entertainment! and Solid Gold , an exclusive Singles LP, and an exclusive double LP of the never officially released Live at American Indian Center 1980. Additionally, the package includes a C90 cassette tape compiling 26 never-before-issued outtakes, rarities and studio demos from Entertainment! and Solid Gold . The box also includes an epic 100 page, full-color handbound book detailing the history and legacy of the original Gang Of Four with never before seen photos, contributions from surviving original band members, rare posters, ephemera, flyers, essays, artwork, liner notes and more. It also marks the first official publication of their lyrics. Gang of Four was formed in 1976 by bassist Dave Allen, drummer Hugo Burnham, guitarist Andy Gill, and singer Jon King. The band pioneered a style of music that inverted punk’s blunt and explosive energies — favoring tense rhythms, percussive guitars, and lyrics that traded in Marxist theory and situationism. Even now, 45 years after the birth of the band, Gang of Four’s music has endured as a formative influence, not only to subsequent generations of musicians, but also activists, writers, and visual artists.

• BOOK INCLUDES THE FIRST OFFICIAL PUBLICATION OF THEIR LYRICS

“As a kid, I stumbled upon a copy of Gang of Four’s Entertainment! accidentally and it went on to become one of the most influential records of my life as a producer, lyricist and fan of music in general. Their sparse, unorthodox, riff heavy guitars and nasty, funky, in-the-pocket rhythm section drew me in, but it was their questioning of the world that kept me listening as I grew. I consider them a seminal band, whose influence and effect permeates the music world in a deeper way than many realize. Thank you, Gang of Four, for existing.” - EL-P (Run The Jewels) 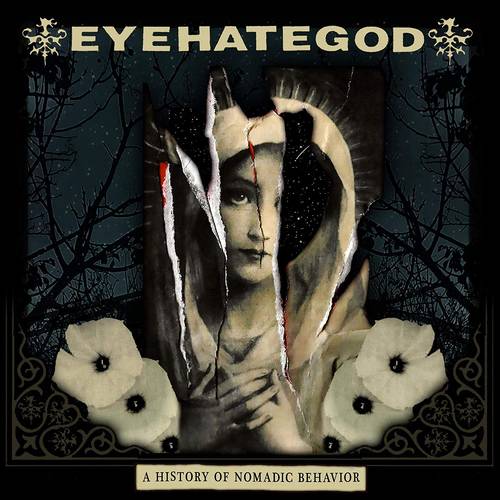 A History Of Nomadic Behavior [LP]

New Orleans’ EYEHATEGOD is the snarling, bilious sound of dead-end America. Since 1988, they’ve been a soundtrack for the troubled masses. Ugly music for ugly times. That’s the sense of disenchantment and disease that lies the heart of their latest and sixth full-length album, “A History of Nomadic Behavior”. Anyone familiar with EHG’s story knows this is survivor’s music, a sound unto itself where Sabbathian riffs are meted out with a caustic anger that goes beyond punk. That’s been the blueprint since guitarist Jimmy Bower (also of NOLA supergroup, Down) founded the band in 1988 with vocalist Mike IX Williams joining not long after. With a discography including sludge-punk mainstays like “In the Name of Suffering” (1990), “Take as Needed for Pain” (1993) “Dopesick” (1996) or 2014’s eponymously-titled LP, released in the US through Housecore Records, EHG laid the cracked foundation for their infamous and influential sound. “A History of Nomadic Behavior” finds the band, now slimmed to a four-piece rounded out by bassist Gary Mader and drummer Aaron Hill, leaner and meaner than ever; road-hardened by recent tours with Black Label Society, Corrosion of Conformity and Napalm Death in the US and abroad. From the bitter pill of opener “Built Beneath the Lies” to the hypnotic haze of closer “Every Thing, Every Day” it’s clear that that EYEHATEGOD hasn’t slowed or mellowed with time. In fact, it’s quite the opposite. This is disorienting, uneasy listening. Music that still very much hurts.